They say that the eyes are the windows to the soul. Rollie indeed thought that the TV was the window to a different Universe and I think it happened at the Royal wedding . As these series of pictures will tell. I am sure that people could see him through the television screen. Twilight music cue....... 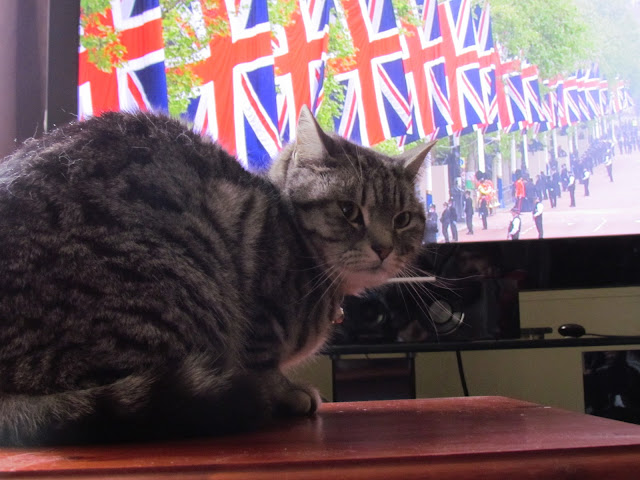 Rollie awaits the Royal Wedding  with excitement. He had at this point put his flag down it protest at not having cucumber sandwiches. 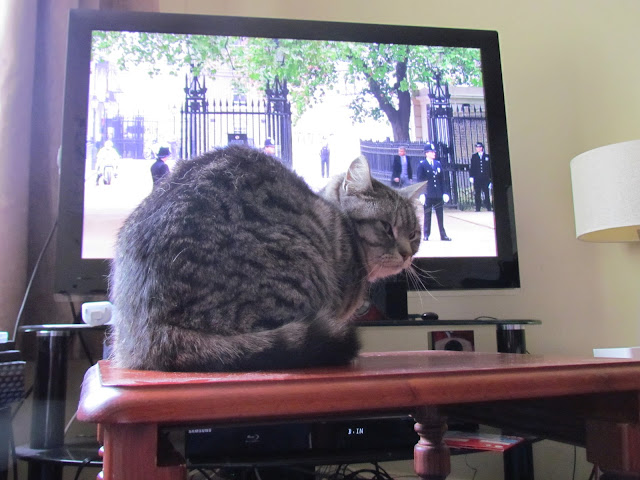 Somehow the police had spotted a giant killer Ninja cat at the wedding. The impending nuptials were at risk.The crowd sensing a photo opportunity and seeking relief from guess the length of Kate Middleton's dress train length, snapped away. 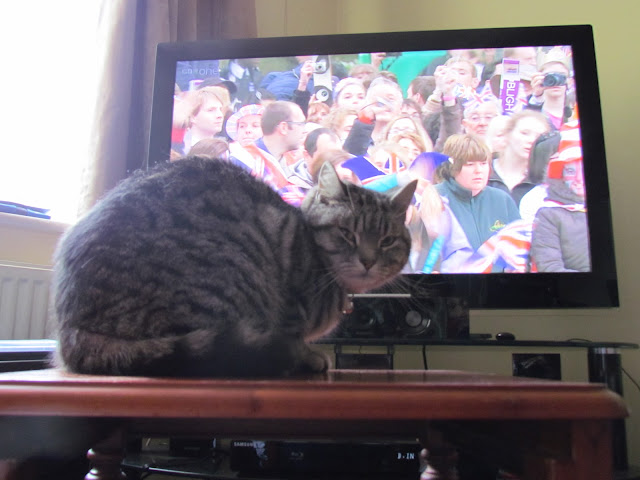 Of course by this time the lovely Royal couple were safely married but at the advice of MI5 they were sped away in a car. ( The couple you saw in that nice Aston Martin were doubles). 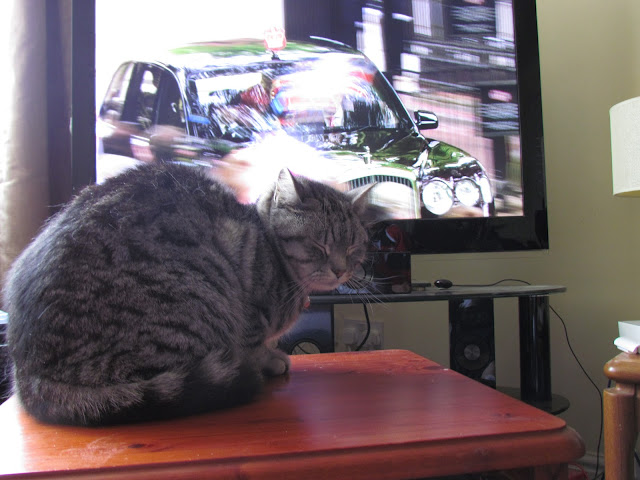 MI5 whisking the Royal couple away to safety..... and that's the truth ;)

With all this excitement the only decoration was this tea towel I won from 3BlondeBearsLtd . It is great Jaimie Oliver's wife has one, a Royal tea towel and not a Ninja Killer. It was ideal you could use it if you wished as it is high quality. I just wished to use it as decoration and as a memento of a Happy day that was nearly ruined by a Ninja Killer cat. 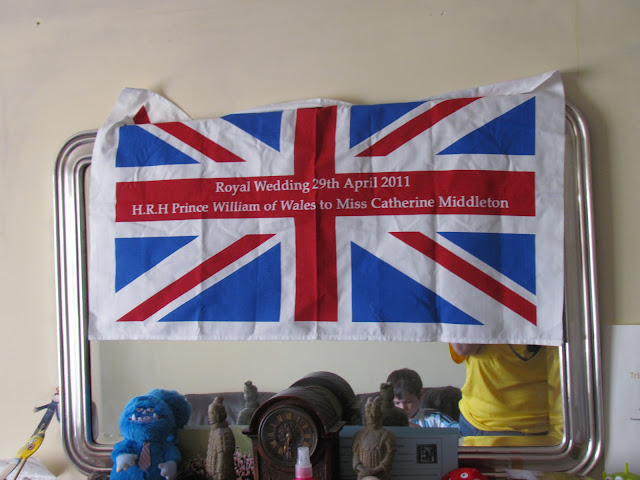