Children are so literal...

As I work in a school children are always falling over scrapping their knees etc. its usually a quick sniffle and they happily skip to first aid but occasionally  so very occasionally you have a serial offender who thinks their world is going to end. And who can blame then the other day I stubbed my toe , I had to eat three biscuits have a cup of tea and watch mind sapping  day time television just to recover .

I usually joke with the children if they have hurt themselves ( obviously if its really serious I don't) as it diffuses the situation.

This is how the conservation when..

Me attempting to diffuse situation " Shall I chop it off then..."

Child wailing a lot louder "No that will hurt EVEN more "

So I gave up and just sent them to First aid where they probably had the same conversation all over again with another teaching assistant. 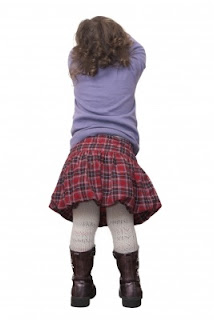 
I've linked this up to Thinly Spread 's The Funny Things Children Say and Do.. you should too !