I grew up listening to tales of Africa so the far reaches of the Savanna were always in my home, it was if I could feel the dry hot heat of the African nights where my dad grew up in Kenya. They used say that to journey into Africa is like going into the heart of darkness and this is so very true of those ancient explorers.


Stories of Africa were further complimented by my granddad who served during Africa in the war time , these included tales of gentleman who were to inherit fortunes but didn't make it back as their planes tragically crashed in the African desert.

Africa had provided mystique and intrigue for writer in their materials for many a fine year, King Solomon's mine,  Out of Africa ( which was a book long before it was a film ) Heart of darkness by Joesph Conrad to but name a few.

I found this in a old book I have its from a Christian Missionary who went to Africa I don't have his name... 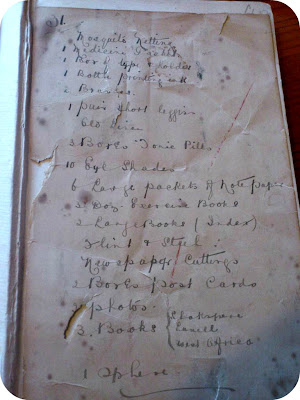