It's the 50th anniversary of Doctor Who ! 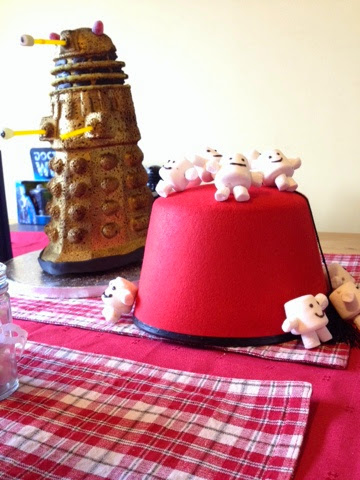 Doctor Who beloved by all , everyone has a doctor who is their doctor , mine is Tom  Baker who loved Jelly Babies ! 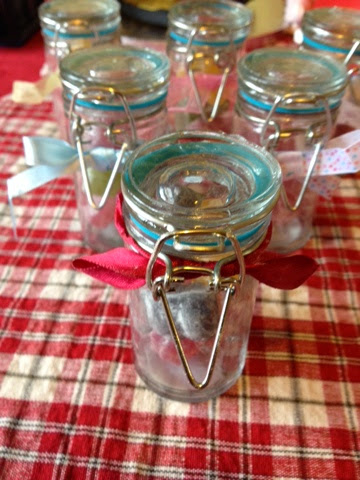 The Adipose's party upon Matt Smith's Fez and who can blame them? 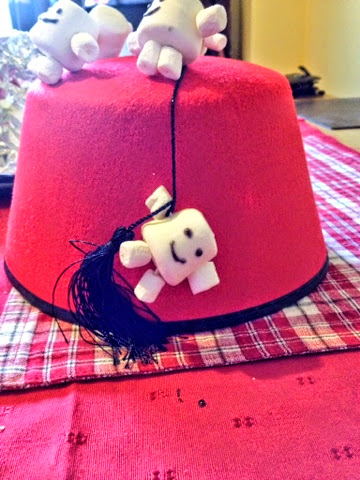 They are friendly but I think it was dangerous of them to come to the party !! 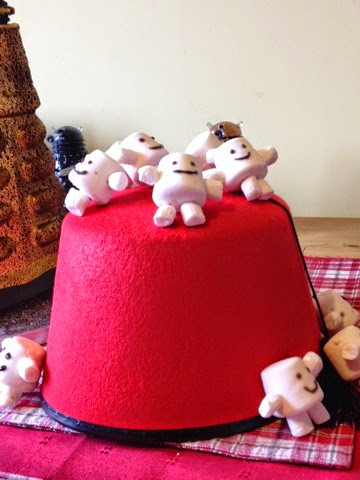 Making the Adipose is quite simple but please supervise small children round them.

1. Break a cocktail stick into two , repeat as necessary . 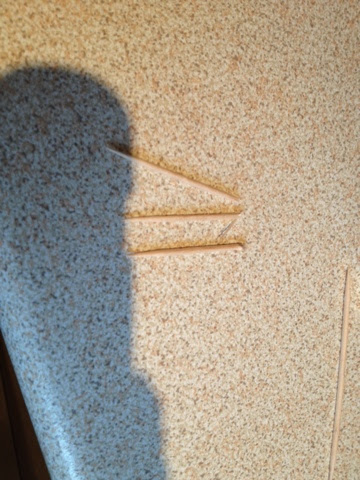 2. Stick the broken cocktail stick into your large white marshmallow ( being careful of any splintering bits) 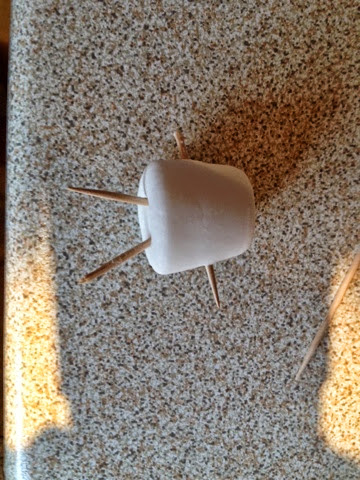 3. Stick on the little marshmallows . 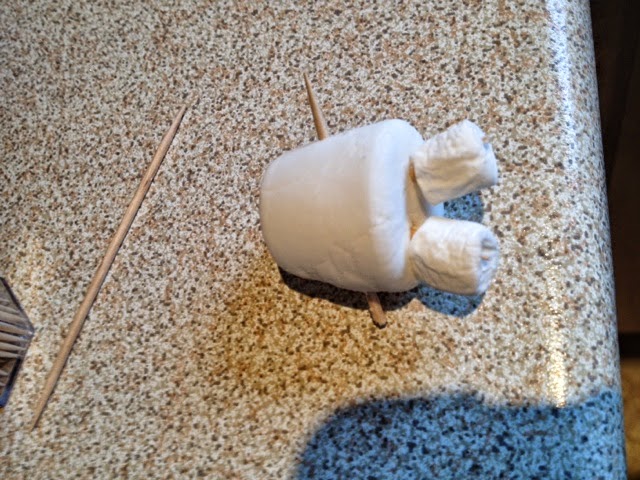 4. Finish off with the arms and decorate with an icing tube ! 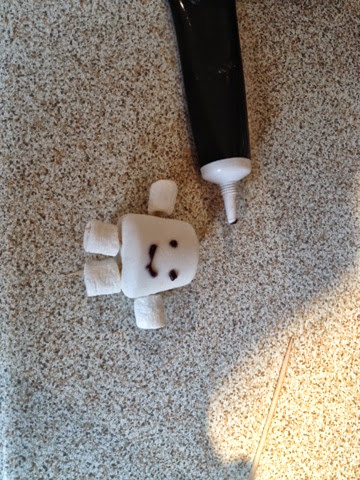 Next was the Dalek cake I brought the mould myself from Lakeland. It was at this point Mr T took over he was in Mary Berry mode. He used her recipe for the cake mix and it worked at the first attempt . Using the cake release product on the silicone mould really helped the cake and as a result no detail was lost. 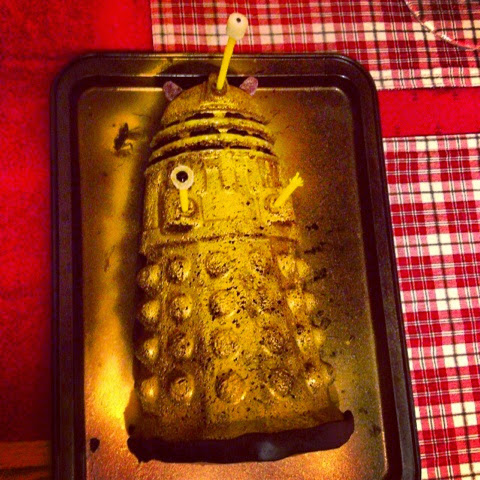 Jelly tots are useful allies to the daleks didn't you know ! 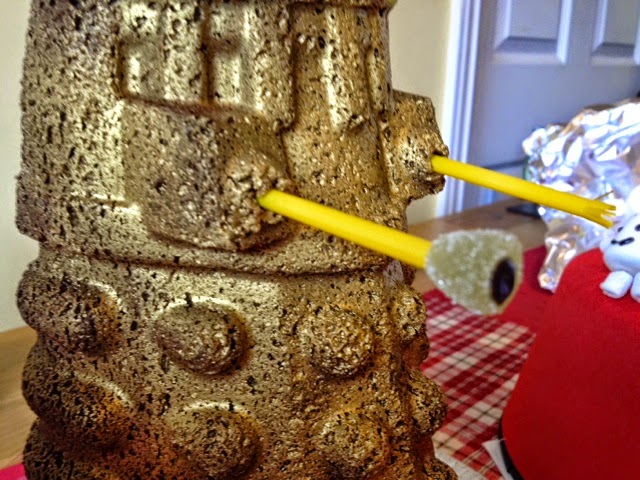 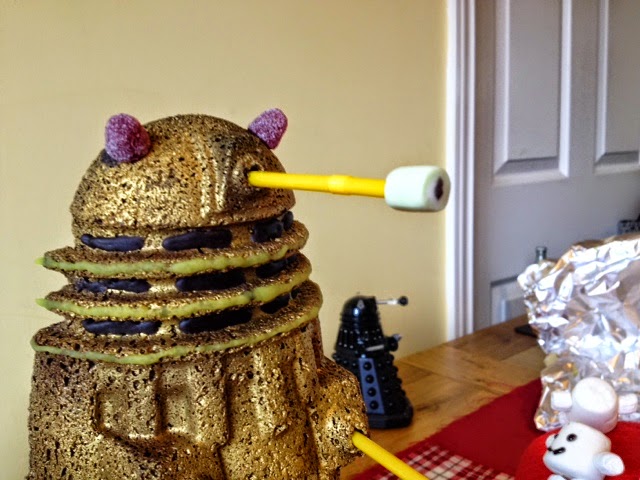 I love how the Adipose lovingly looks up at the Dalek !

But don't blink even for just a minute ... 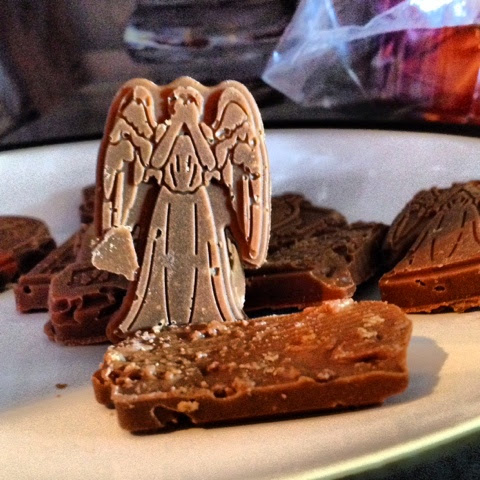 The daleks name oh that would be Dave! 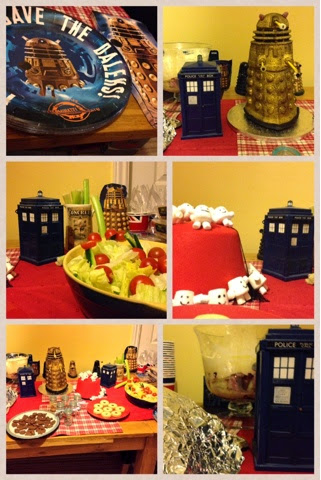