The Review Of The Dyson DC41 MK2

Dyson I've been with you from the beginning I've see how you've grown , your innovation knows no limits. You keep evolving bringing new and exciting products into our lives , making the ordinary and mundane chores of housework an exciting adventure that I am very happy to take with you. 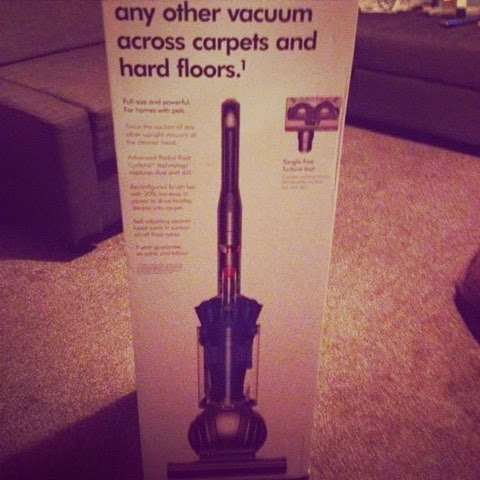 I am confidant in the purchases I have made with Dyson , in fact recently we brought the cordless Dc 59 ourselves as I didn't want to be having to pay for a car valet each month when I could get Mr T to do it instead. 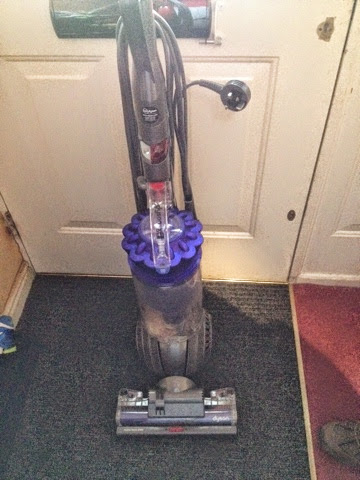 We are a family of 3 with 2 cats one of which is extremely fluffy ( the cat that is)  my son is constantly playing sports including football and the ever so messy and muddy rugby. It is important for us to keep on top of the mess which comes with having a chaotic household , which sometimes feels never ending!


The new feature is fantastic manoeuvrability  and as such the manoeuvrability the Dyson Dc41 MK2 is phenomenal I feel like a formula one driving especially when I corner.  The Dyson ball technology is the key to this manoeuvrability     Dyson  I have to add has the power to shock you with the dirt that you seen being picked up and you might feel disgusted  by take heart this is dirt and it that will no longer be hanging around!


Emptying your Dyson is a doodle you simply unclip the bin from the body stroll to your outside bin , press a button and the contents of the bin are emptied into your outside bin. ( You can also empty the contents of your Dyson into your compost bin ) There is the wand at the back of the machine too, this is perfect to reach up the stairs without having to pick the machine up, and for those pesky cobwebs.


No more faffing around adjusting your vacuum from one floor surface to another with the danger being if your don't then suction is lost. This is not the case with the Dyson DC41 MK2 which has an active base plate and no suction is lost !

While other vacuum cleaners still rely on bags, losing suction over time, Dyson engineers have developed Radial Root Cyclone technology – to pick up large debris as well as microscopic particles like pollen and mould. The mesh shroud helps separate large debris, with inner cyclones generating powerful centrifugal forces. Its worth explain the technology behind it, so people understand why getting rid of your bag is better. But it’s not about all bagless machines, Dyson were the first to engineer cyclone technology and they have been improving it for 21 years. They now extract particles as small as 0.5 microns – 1/5,000th of a pin head!


The Dyson  DC41 MK 2 comes with a few attachments one of which is the tangle free turbine tool with counter rating heads with brushes and will remove pet hair etc from your upholstery etc.

Research, design and development is at the core of Dyson. One third of people at Dyson are engineers and scientists. Their expertise in fluid, mechanical, electrical, EMC, thermal, chemical, acoustic and software engineering allows them to design new technologies from the bladeless Dyson Air Multiplier™ fan to the Dyson Airblade™ hand dryer as well as challenge and improve existing ones. Dyson has over 1,900 patents and patent applications worldwide for over 300 different inventions (July 2011). Dyson’s RDD investment has quadrupled over the last 5 years with plans to double engineers to continue to invent new machines. Dyson has 1,700 engineers and scientists worldwide. An additional 400 engineers will join during 2014.

Thank you to Dyson for inviting me up to the press headquarters and showing me all their innovative new technologies , such a shame that couldn't smuggle the robot that is coming out next year. I would love a robot Dyson and I would name him Cyril. Also thank you for to Dyson for sending me the new DC41 MK2 to vacuum my home with myself and my cats very much appreciate it.