Having an Only child

Having an only child doesn't mean he is a lonely child and I get narked sometimes when folk insist that I must populate the world some more , true he is a teen now and I am past the stage of "won't he get lonely if he doesn't have a sibling " True to say we did have the odd protest of loneliness over over time but he has grown into a happy well adjusted teen with a bright head on his shoulders. I still get:

"But you'll have bedrooms to fill when he goes to university " ( noting he still has year 11 to finish and then 2 years of sixth form.


"OOOh you won't get to see nativity plays any more"


" ooh you'll miss the company of the school run "


"Christmas is for children"

Stop and listen to yourself , everyone is entitled to an opinion but I wouldn't shove my choice of music down your throat.


"oooh he won't know how to share, he will be selfish"

No and no he does share , though I made the mistake of letting him sit in the front of the car when he was younger and now he just won't budge and it's a family joke ( no really it is ) And anyway there is more room at the back and I can make my husband wear a chauffeurs hat if I so choose. I should not be stigmatised for having an only child I am still doing my bit for humanity and all that jazz.


"He will expect toys and new things all the time" 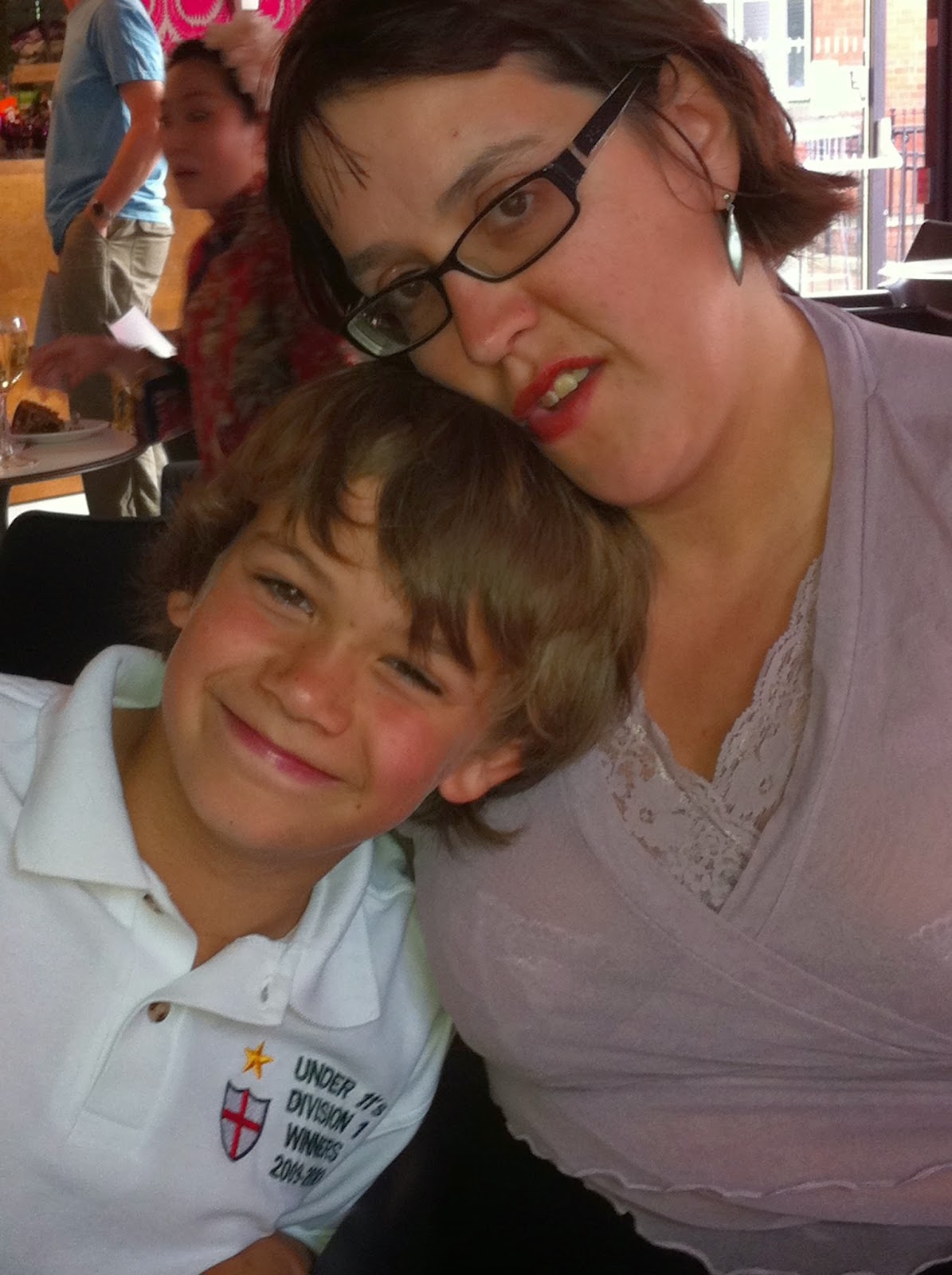 No it has never been like that , he has always been very mindful and respectful of money and works for what he wants not as a job  but chores around the house, though has slightly slacked off from cleaning his rugby boots of late. However we are approaching GCSE time and it is best to to chide him over such things when he is knee deep in study books.


We have for the past 3 weeks been on an ice cream stand off , he is a tad fickle over puddings and won't eat quite a number of things , he has a great liking for Ben and Jerry's , who doesn't ?
Ben and Jerry is not a cheap ice cream so I stopped buying  it for a bit well exactly three weeks ago and I had some nice Cornish ice cream in but ooh no that wasn't the same , but now he is eating hurrah .