Review Of The Crackin Egg Company

I was sent 2 packs of eggs from The Crackin Egg Company - in an egg shell they're boiled eggs which last a month . They're brightly coloured which is part of the protective process to keep them fresh.
The eggs I were sent came with 2 sets of seasonings : salt and pepper and Chilli . the 2 pack ones retail at £1.59 .
I tried the salt and Pepper ones which were OK , the salt and pepper seasoning was quite powdery and I did sneeze. I think personally they're begging out for some sort of Artisan mayonnaise along side them The eggs last 4 weeks compared to the others on the market which last a week .
Overall it was only the seasonings I had an issue which and the eggs themselves were of a great flavour. In fact I do think the eggs were that tasty they'd be lovely in a Scotch egg.
Mr T was not keen at all on them neither was I myself really but you know what someone will pay for them and you've got to applause entrepreneurs. And they did pitch on Dragons Den and even though it didn't work out for them here they are selling in Ocado. I can see them going down a storm at Henley regatta and the Oxford and Cambridge boat race etc. 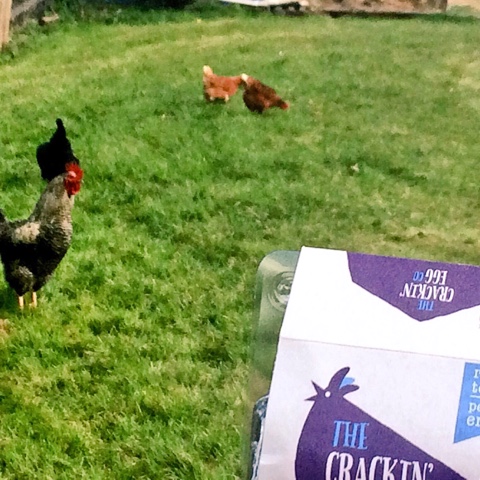 Disclosure I was sent 2 packs of the eggs for review , the company didn't have to shell out any money on this review . Brian and his harem of chickens worked for free on this photo shoot .