At the start of the holiday when the husband and I were  footloose and fancy free without the monetary obligation of the teen going to University. We were very lucky to be invited along to take a Duck tour around London and on the River Thames itself.

We are always in and out of London and have always been intrigued by the Duck tour boats and with the invitation to go on the Duck tour we were very excited. With a Duck tour you get a very entertaining tour both on the road and the river it's a unique viewing perspective on both parts of the tour.The duck bus is an amphibious vehicle that can drive on land and on water.

The staff were really professional and they organised everything flawlessly, we arrived early and we were asked if we wanted to go in the tour earlier. We instead opted to go on the tour at our allotted time and I'm glad we did as our tour guide was hilarious.

The tour that we took was the Classic Sightseeing Tour, which started from the London Duck Tours bus stop near The London Eye. Off we went past the Houses of Parliament, Downing Street, Trafalgar Square, Pall Mall, Green Park, Hyde Park Corner, Buckingham Palace (did you know that buses are allowed to drive in front of the palace, I so would have liked the Queen to have waved at us !), Westminster Abbey and along by the MI6 building. 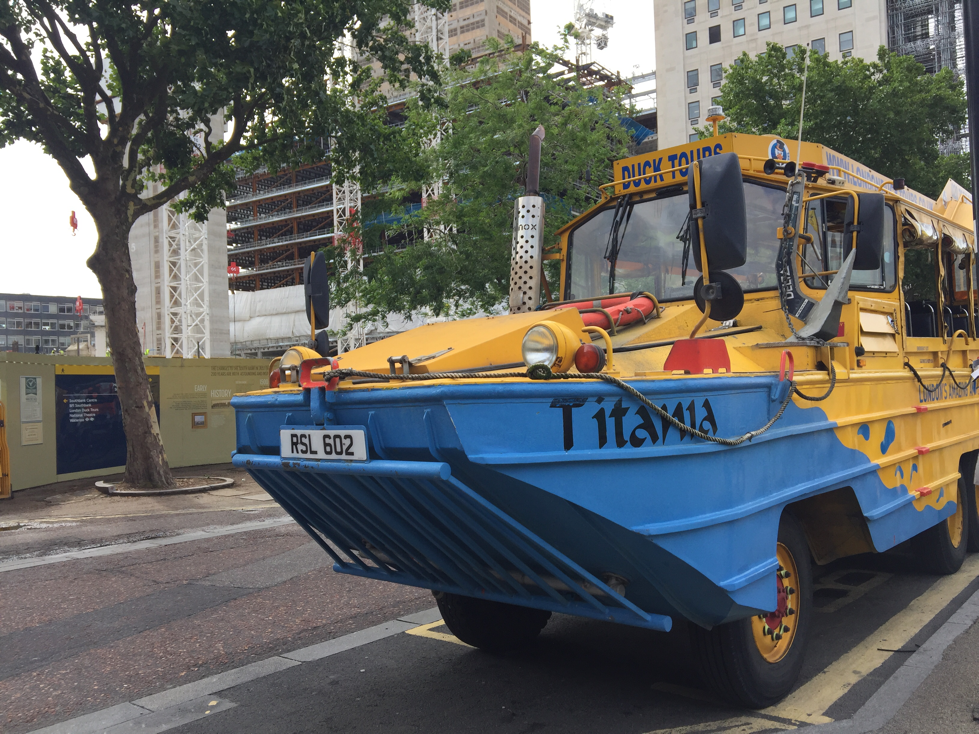 When you get to the river which is ultimately the highlight of the tour the drivers swap. You are give a quick but comprehensive safety demo from the tour guide. Being on the river is such a buzz as you know there's nothing better than messing about on boats. 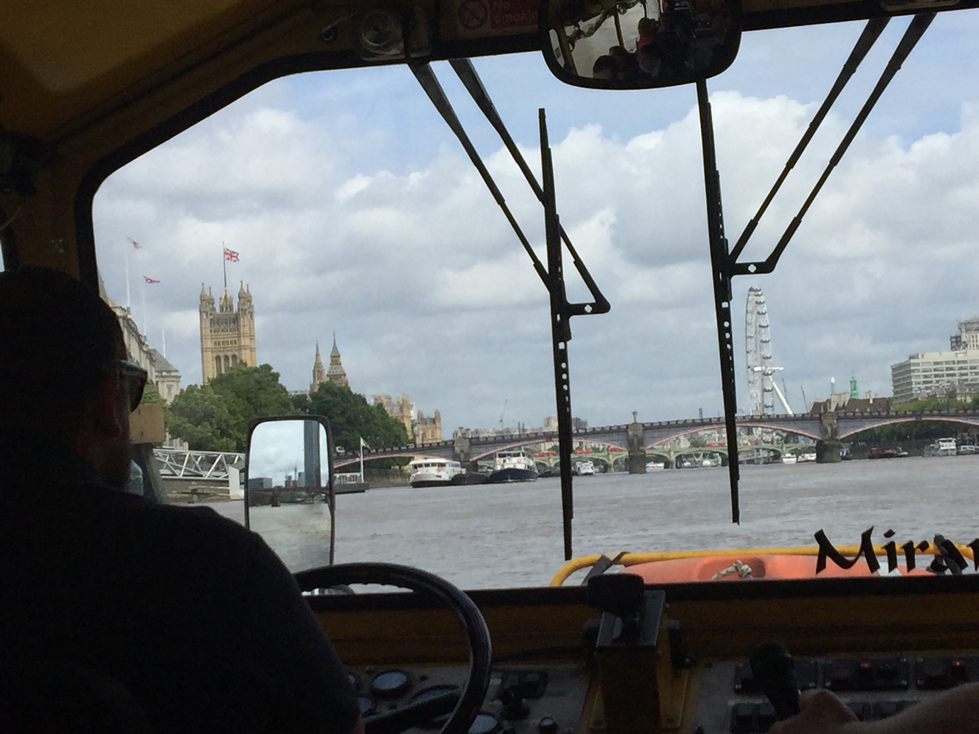 The tour last 75 with 45 of that being on land, I think the tour length is just right with out children getting bored. Our funny tour guide even got heckled by a 9 year old which was hilarious. The tour guide I think his name was Matthew was very much like Alexander Armstrong delivering the tour with deadpan style "Green park is so called because it is green ..." obviously he filled us on the true facts of why it is called Green park. There was comedy infill on the tour which is the sign of a good tour guide and I can imagine the tour guide treading the boards some where in a Shakespeare play. And I think if a tour guide can hold your attention with silly jokes and the like then it makes it a memorable fun day. before we entered the water.


DO check in about 20 minutes early as you are bored by who arrive first.

NO hot food or drink on the tour but they are ok with you having a little nibble on something or a cold drink.

NO toilets on board but there are nice clean toilets in Festival Hall.


Some facts you know are rather vanilla especially about Big Ben being the bell and not the actual tower but you know what with the tour guide twanging the Bond theme over the mic we dip into the water by the side of the MI6 building you just soak up all the facts !.


I was given 2 tickets for this tour all thought and words opinion are my own.


The tour is ending on the 18th September but they hope to be up and running again in January.