Ever Had One Of Those Weeks?

Every had one of those weeks where if it can go wrong it will go wrong well that’s been my week everything from socks to Avocados and everything in between ...

On the first day of Christmas my socks developed a hole in I shrugged this off as a Christmas omen I mean it wouldn’t continue to go wrong would it now ? Granted I had been wearing the socks all year but surely Father Christmas socks are immortal ( I think socks should be immortal ) . There is nothing more devastating than getting a hole in your socks it is like a knife to the heart.

And then on the second day of Christmas I brought a pack of 2 Avocados for Guacamole it was a let's have Mexican sort of day , I mean you can not go wrong with a Mexican . Mexican food is simple uncomplicated and tasty and you won't normally beat yourself up in to a lather over it that is until you come up across a hard Avocado. The first Avocado was fine as I prepared it for the Guacamole I like Guacamole it's nice its fun its tasty and I wanted it.Then the second Avocado that was the straw that broke the camels back.
On the fifth day of Christmas my son still hadn’t recovered from his flu so we had to cancel my birthday dinner at the rather nice bistro pub , I mean who wants a steak dinner anyway.When instead you can have birthday fish fingers in a baguette , I tell you it’s the height of luxury here. 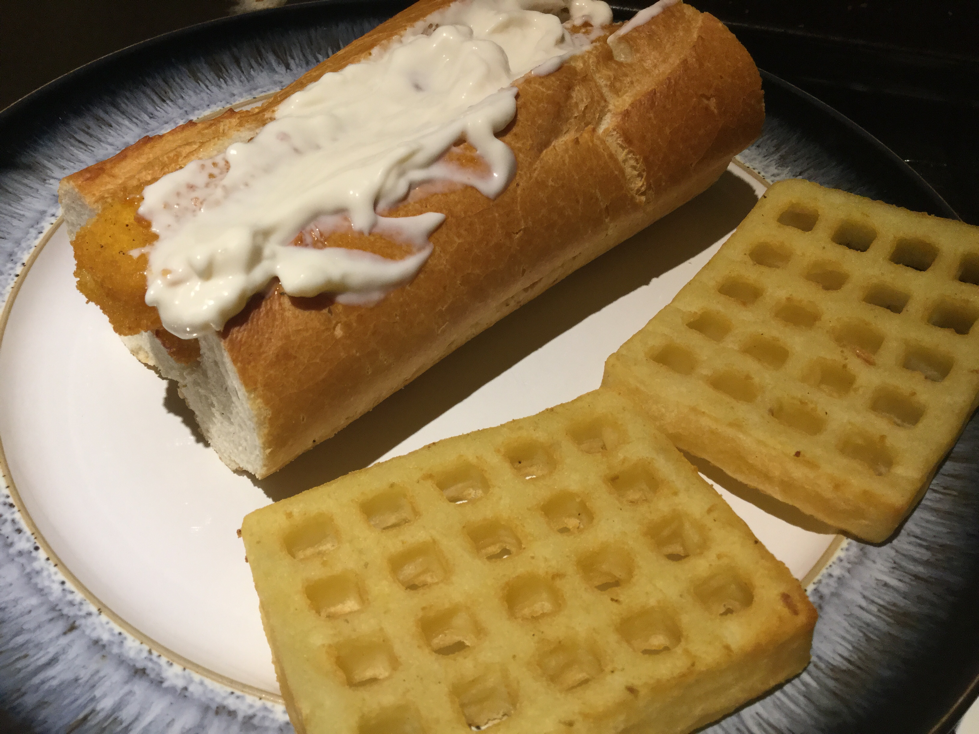 Update on the breaking of the camals back well that would be the nearly 400 cans of Pepsi max I ordered by accident.Well I ordered a great deal of 48 cans for £8 and then some I did over order with the edition of editing my basket but I forgot to edit my basket .This resulted in a very confused delivery man taking shed loads of Pepsi max back.