Having A Nemesis In Life

We’ve all had a nemesis(an arch enemy ) sometime in life not perhaps a master criminal nemesis like Moriarty but a nemesis in some shape of form. One nemesis I had at school who was always trying to keep one step ahead of me , when it was GCSE's literally strolled 45 minutes into an exam and aced their English Literature exam.

My cat Jack has a nemesis, we call him ‘ Sid Vicious ‘ he’s hard core , he wears a studded collar, he listens to mean deep heavy metal  music,he probably likes Coldplay but doesn’t admit it ( some has to ), What is the measure of a cat this is a question for another time but for now it is the nemesis of ‘Sid Vicious ‘

We are having issues going outside ~ the cat not me as Sid Vicious is a big mean bully with his  studded collar and Jack is scared of him .He can’t grow a pair as the vet took them away.I mean I’m going to have to go round and talk to Sids owners. 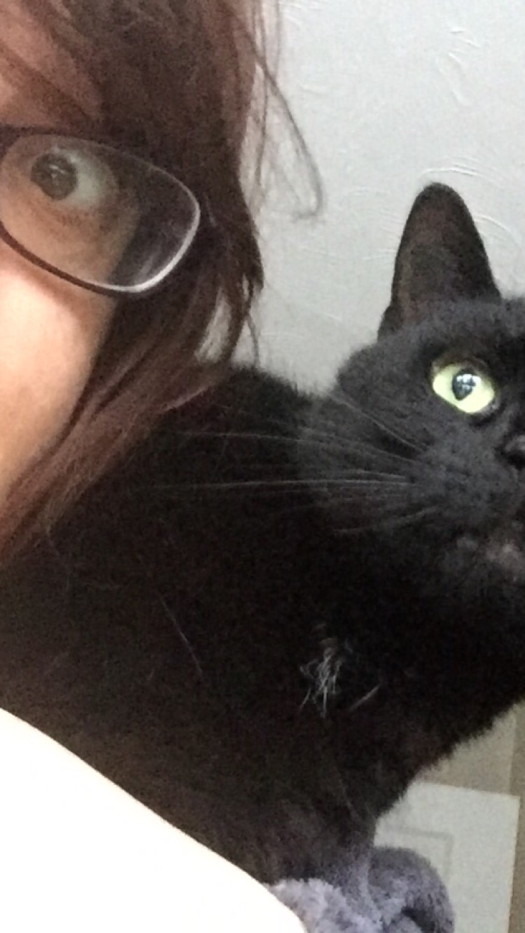 Jack needs to reclaim the fence.

Ps Sid is gorgeous to look at though but don’t tell Jack.

Jack likes to keep lookout especially for dogs so when he spots them he can go to the front door ask to go out ( despite having a cat flap ) and sit on the door mat ( stereotypical ) and be able to taunt the dog by just being out of their reach.It is the cat equivalent of sticking 2 fingers up at someone. 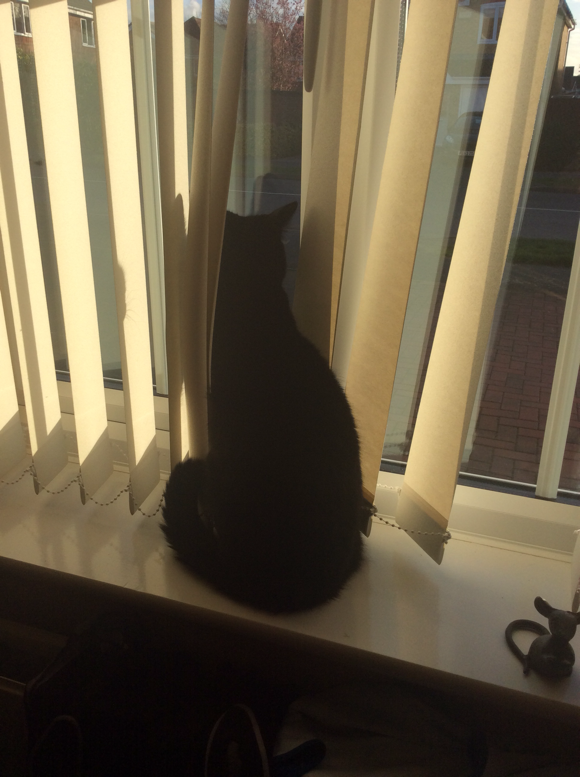 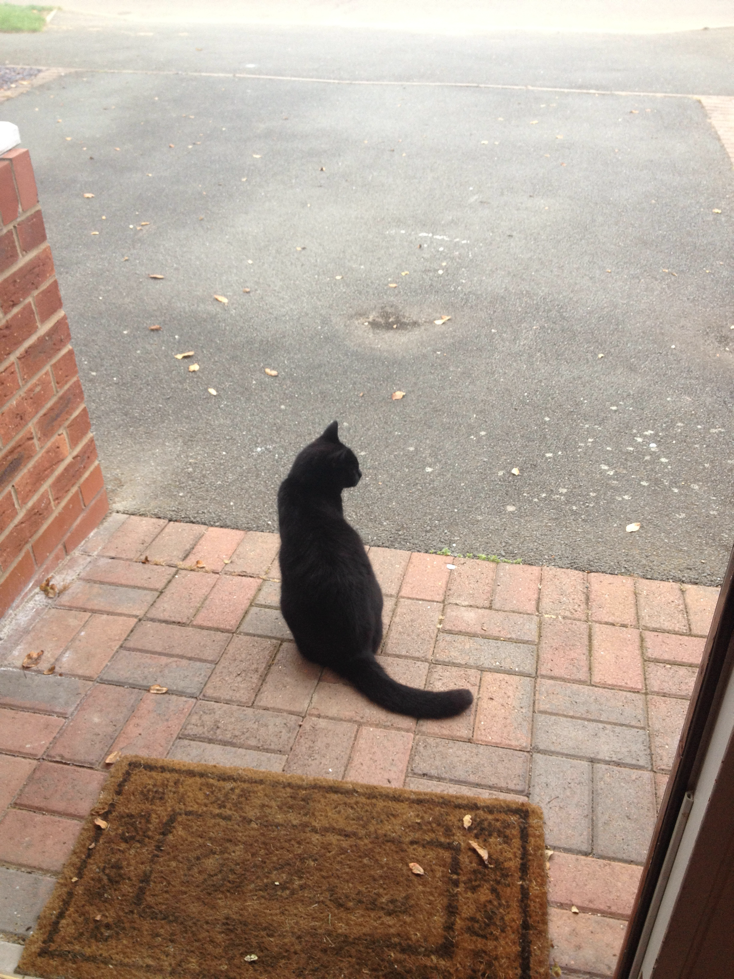 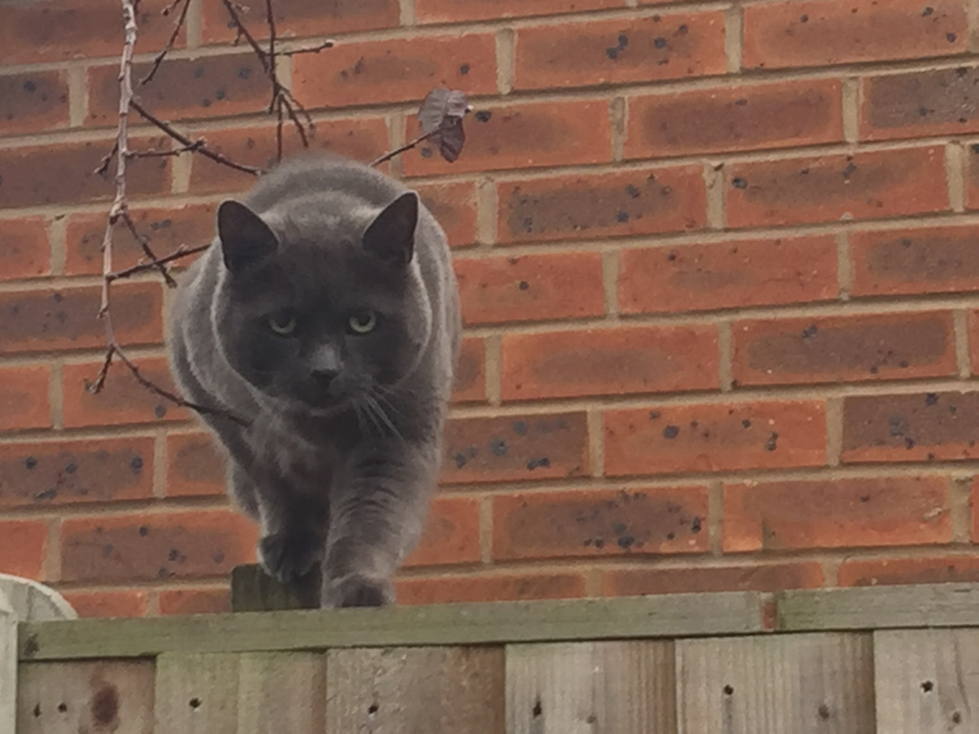 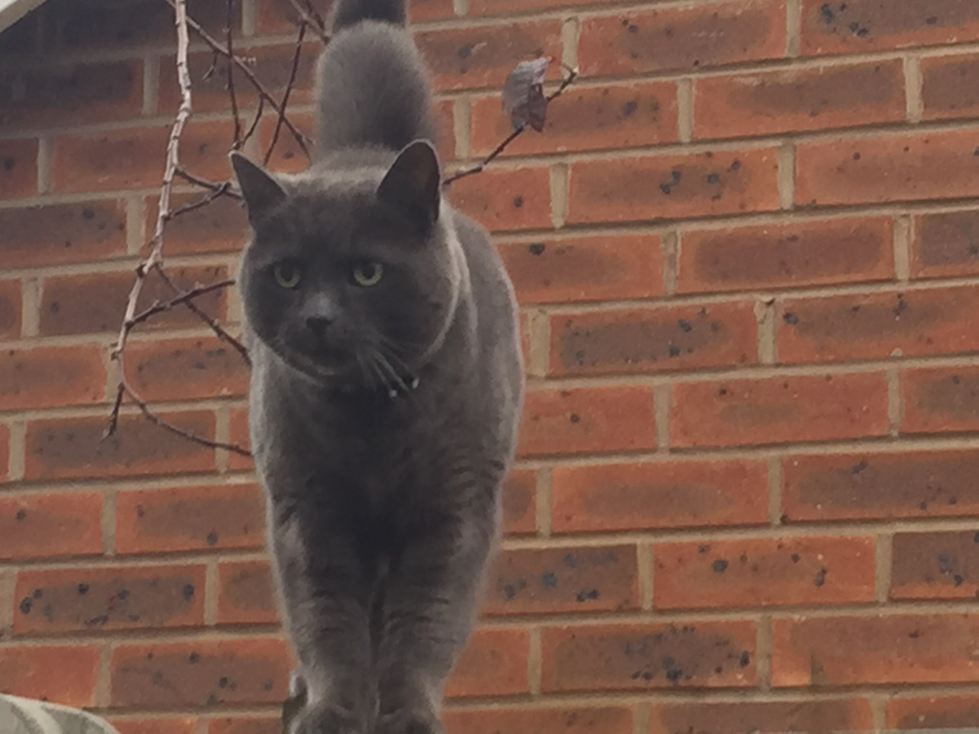 I’m not saying we are fanning any flames at all with comments like :

“ oooooh there’s a pussy cat in your garden “

This is from Jane Willis who blogs at Onions and Papers and her crafting and cooking posts are legendary.

Sammy and Charlie were very brave cats. Their nemesis was a regular visitor to our garden and we nicknamed him The Enemy. Sammy and Charlie would spend hours sitting at the window snarling threats at him and clattering their jaws in that aggressive way cats have.......just as long as there was a thick pane of glass in between them and him. But if The Enemy ventured into the garden while they were outside, you've never seen two cats rush to the cat flap and the safety of the window quite so fast! “

Jane loves cats as much as I and love her cards that she makes especially her cat cards which are often comical in nature, many thanks to Jane for writing this passage and her crafting cat links.