How I Am Winning The Battle on my Garden

My Garden isn't a Chelsea Flower show garden but then again what is nowadays and I don't have famous celebrities traipsing round my garden giving their views on it.The garden has been somewhat a bit of a lifeline for my husband and he has created two rockeries nothing amazing that in that you might think.But it was when he was doing the first rockery that he really thought he had a problem with his health he had been drinking loads of water , going to the toilet and other such signs associated with Diabetes.He battled through and it was on the Monday that he went to the doctors and Tuesday resulted in a stay in hospital and when he came out of hospital he recuperated by spending time in the garden.Gardens are marvellous for reoccupation and i love being in the garden it has been a hard slog to create a garden on a budget but you can do it and it helps if you have friends who perhaps have too many strawberry plants in their garden and they’re called Pam ! and they also give you a wild Garlic plant and give you a lift back from the hospital ( all for which I’m greatful for )

Mr T if he had his way would whip up the lawn and put down fake grass but no that is to something I want and so I am happy to do battle with the lawn and try and get it to look green , I know people get really fanatical over their lawns as it is this pride and joy.I have seen people cutting their lawns with nail scissors that is how extreme it gets.Why do I need the lawn well Love the green and seeing the birds hopping happily across my lawns fetching the worms out of it.

But when you’ve an an autoimmune disease which Diabetes type 1 you want gardening to be a pleasure and not a chore.And that’s where the latest range of cordless Ryobi tools come in so far we have the lawnmower, grass strimmer and pole pruner.And Mr T is out there like a man possessed mowing, strumming and pruning.

In order of the rockeries we have gone from this to this ... 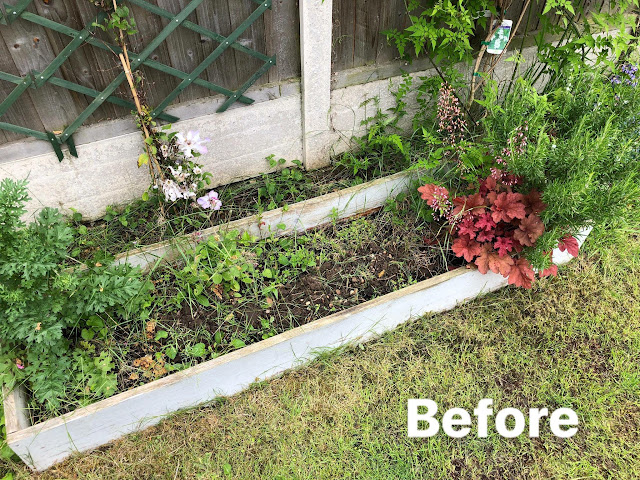 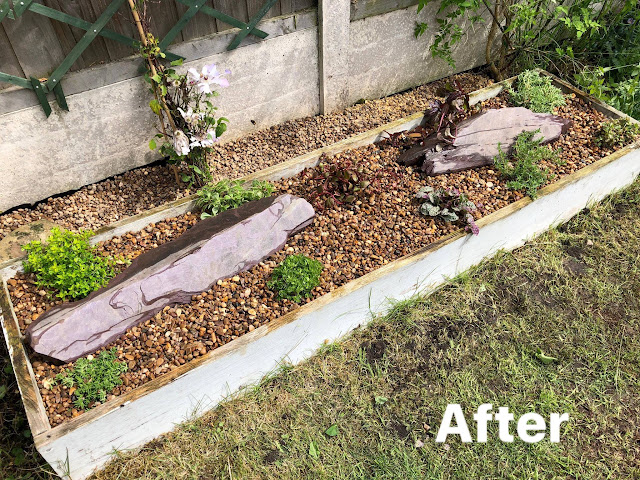 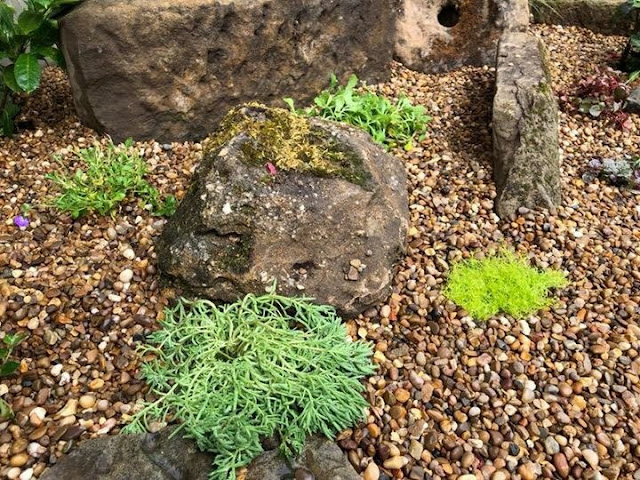 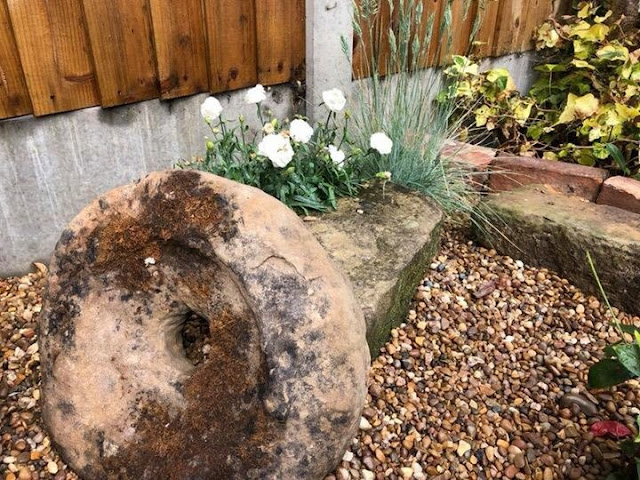 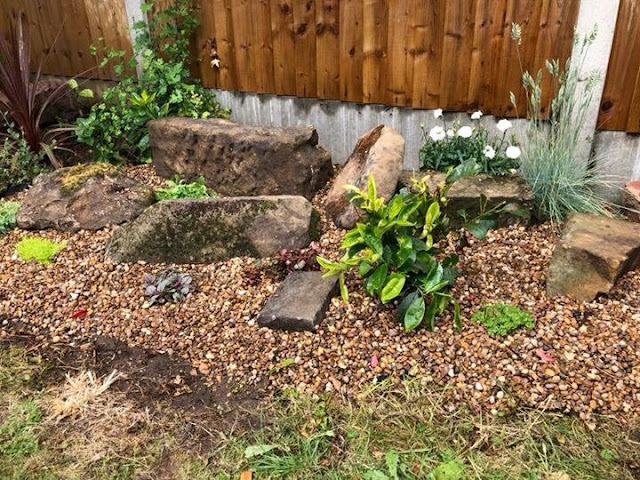 All this from a random eBay purchase when I brought an old stone sink off  someone and ended up with a shed load of stone.I am random and I am a devil on EBay ! 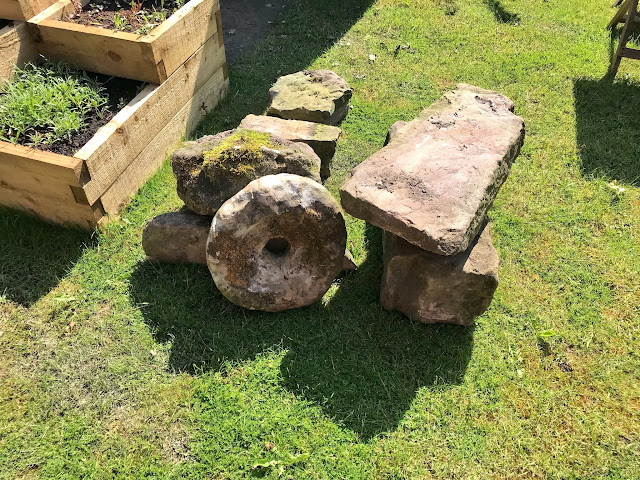