Alternative Uses For Your Cat

You probably sit thinking of the alternative uses for your cat , well I know I do and I don't mean I wish they could do the housework their tails are rather useful with that swishing action.Also it means their swishing tail is likely to kick off several ornaments in one swoop.


So begins an inspirational series of tweets very tongue in a cheek centred round my cat and his demands and whims and wishes.It is pure harmless fun that is taken how you want to receive it !


“He knew he could move mountains for her.

He saw the wildness in her eyes so out of control .

“Will you get off the clean laundry “ she said

Cats sitting on or in your clean laundry since ancient times. "


It hurt , it hurt so bad it was like a knife to the heart. He knew she had cheated before by stroking another but thought it was a one off , he thought their love could survive this. But giving Mr Tiddles one of his cat treats it was the last straw.

He lay there , his commanding presence was mesmerising.
She was unsure what he wanted?!
“just throw the damn ping pong ball “

‪She couldn’t see the whole picture and it was straining their relationship.‬

‪He thought this is silly I’m right here and here before your very eyes.‬ 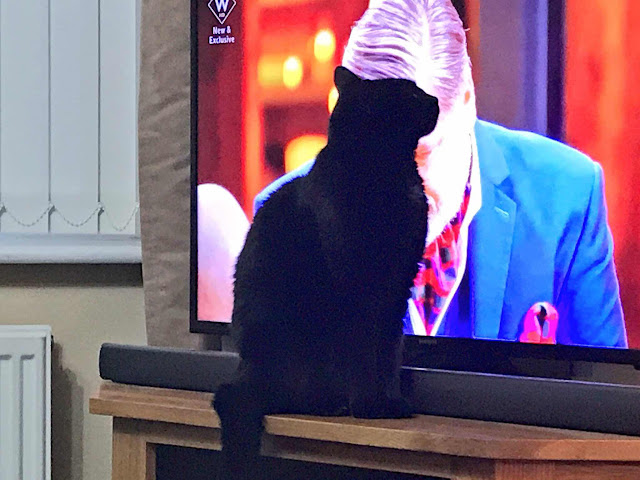