I feel it’s been January forever and ever but I thought I’d break through the permanent greyness of the sky and head out through the gentle sleet or so I thought. I convinced my husband to drive us to a Pottery near Stoke.No harm ever came of a simple trip out and a cup of tea.

That’s what I thought I mean the roads hadn’t been gritted which I thought they would of done if it was going to be so very perilous. 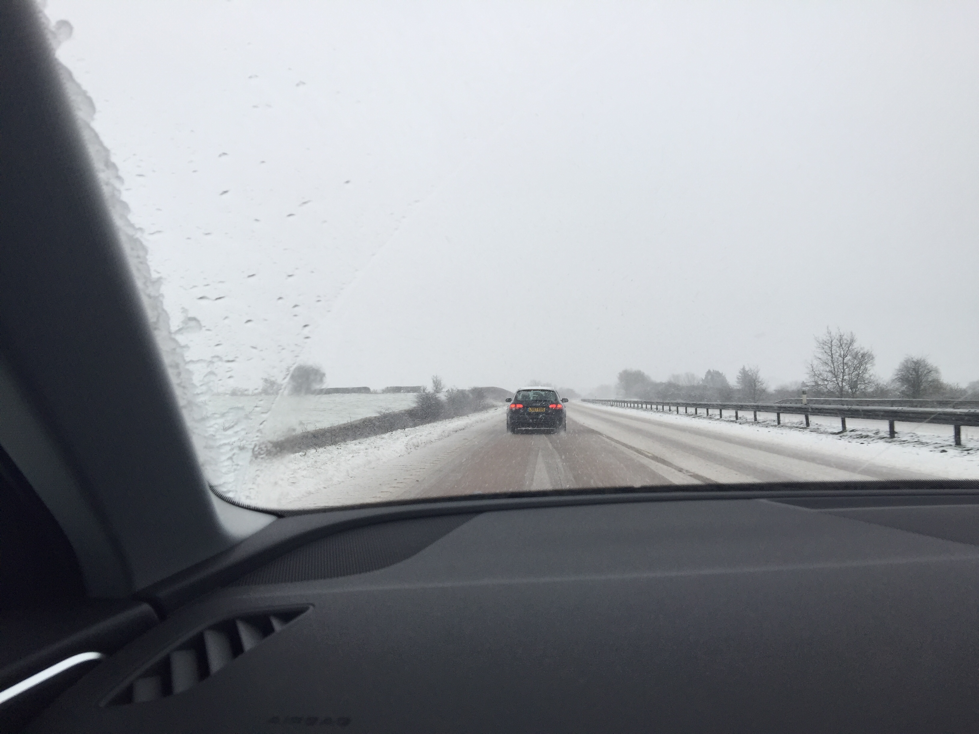 So after a bit we beat a hasty retreat to home after seeing a smart car that had gone into the central barrier and was being assisted by the emergency services.

Once safely deposited at home after copious amounts of tea I thought about getting organised for tea and it was to be roast pork with everything else cooked with it so I didn’t have to think about various other pots and pans.

Sweetcorn ( I had mini sweetcorn )

Any veg of your choice really

Preheat your oven to around 190 c

The crackling was not quite ready so when the joint was ready I took that of and gave the crackling an extra cook.

I have never attempted crackling before but it turned out well and I used some left over crackling and pork in another meal which in my case was  pork noodle meal with the crackling on top.