Imitation The Sincerest Form Of Flattery

It’s a sunny day a lazy hazy cat lazing day , my cat doesn’t have a job its job is just being a cat and ensuring that I feed it at the appropriate times.Cats are their own individuals and they’ll do want they want when they if at all.
If cats were in charge of Brexit then it would have probably happened by now , but this isn’t a cats and politics post that’s for another day.Cats are rarely one to be imitated except by other cats doing cat things like puzzling about the universe and everything in it.They say that cats prove the world isn’t flat because otherwise they’d have knocked everything off by now ( sorry flat Earth believers) 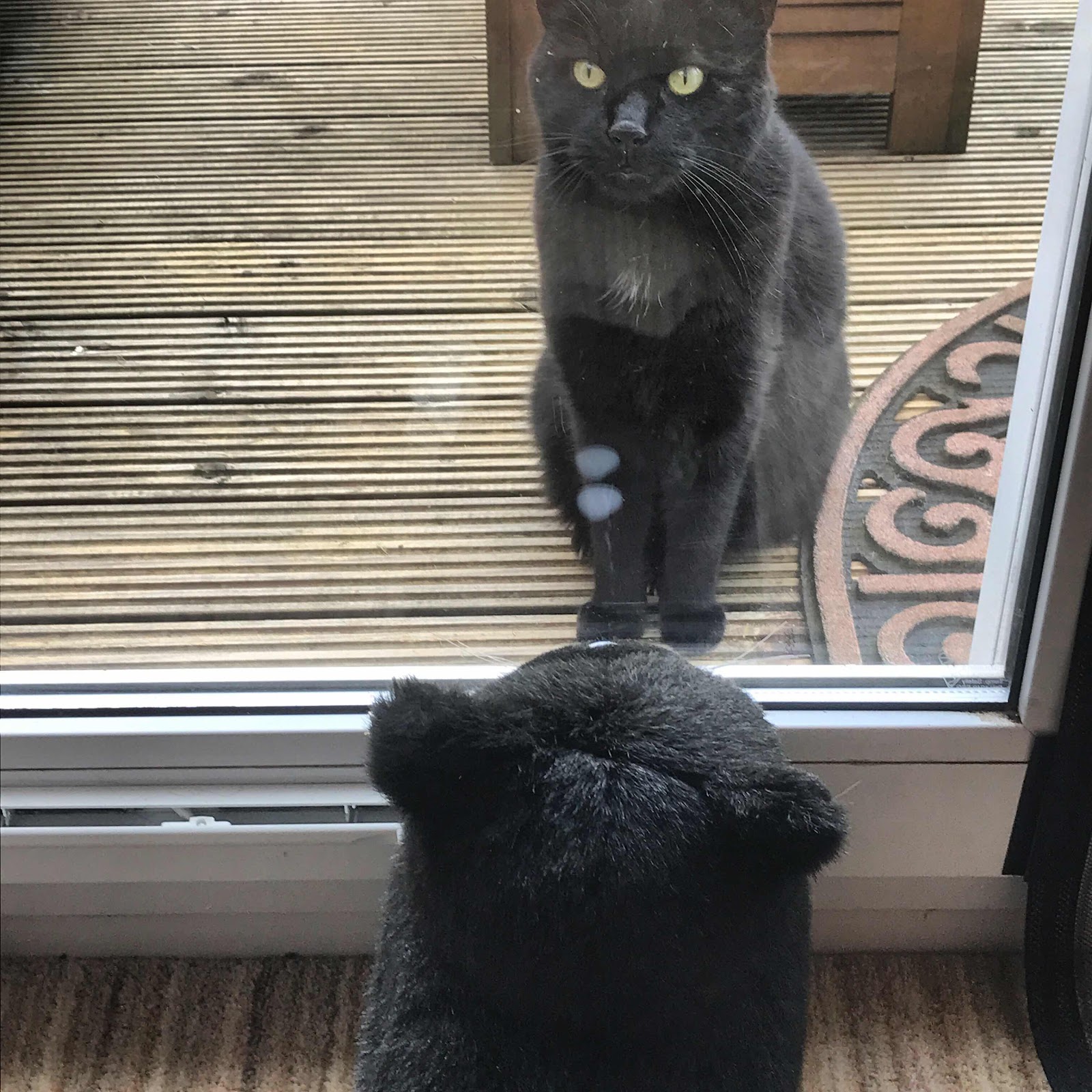 Imitation is the sincerest form of flattery they say but I’m not sure that Jack ( Black ) the cat is convinced.Yes my cat has a double barrelled surname which “the cat “ and that very important that he remembers his airs and graces it is what keeps him aloft and endearingly enigmatic.