Letting Go Of That Packet Of Dinosaurs

Letting go of stuff is hard letting go off stuff when it's your child's toy is harder , I'm not overly sentimental but when your own child is off to university then you do crumble somewhat. In the midst of stacking all the stuff for university you'd be forgiven for thinking that Sir Bob Geldof had launched a relief campaign. 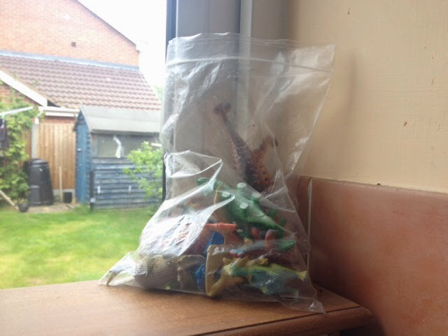 University is a big leap not only for the students but for their parents also it is akin the Lion King where Rafiki holds Simba aloft over the rocks to proclaim him as the King to be.But raising children also means letting them go and splitting the 1000 bag of tea bags with them and the 40 rolls of toilet paper thats currently blocking my hallway.And I think the University student has inherited his love of tea from me I think tea keeps me from going to the dark side. So it is a week on Sunday that we take the University Student up ready for his archaeology course but first there is Freshers week , we have made sure that all his injections are up to today including having the flu jab.

Email ThisBlogThis!Share to TwitterShare to FacebookShare to Pinterest
Labels: University