My time in Prison ...... Malmaison Oxford

Yes I have been to prison its not something I openly admit to except  in case it was pure luxury. I was luck enough to win a luxury night stop courtesy of Horse & Hound  at the Malmaison Oxford which is a prison...

Malmaison hotel, Oxford
This Victorian prison has been converted into the lavish Malmaison hotel. Keeping in touch with its dark past, expect  solid cast iron doors, heavy large bricks, and the ever recognisable prison-like staircases. But, don’t think you’ll be missing an inch out on luxury. Four poster beds, mini cinema system and a host of services at your disposal. You know you’re in for more than a treat. 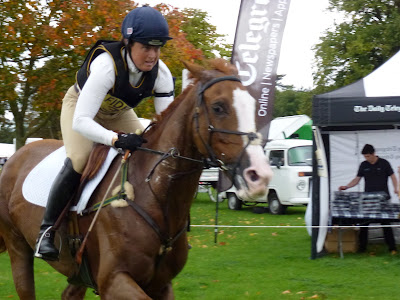 And then of course I got to meet an true olympic champion Mark Todd.

Other prison hotels you can stay at .....

The lloyd hotel, Amsterdam
This building was originally built as a hotel before being converted into a prison during the second world war. Shortly after it was uses as a work shop for artists, until re-opening in 2004 as a hotel. The quirky contemporary interiors and rich character of this hotel is simply magnificent. And with 117 rooms, ranging from 1-5 stars, you’ll be spoilt for choice whatever your budget. The 5 star rooms are a definite treat, featuring a bed big enough to sleep eight, a huge fibre glass bathtub sitting in the middle of the room, and (no less) a grand piano to rock the jail-house tunes.
four season, istanbul
This hotel is housed in a gorgeous mustard yellow, neo-classical Turkish prison. Its 65 rooms look out onto a breathtaking courtyard, and every rooms is spacious with a decor fit for royalty. You’ll feel far removed from staying in a prison one step inside these four walls.
The långholmen hotel, stockholm
For the near prison experience without any discomforts, the Landholmen is where you’re going to get it. Rooms come by single and double cells, and the decor is kept to minimum. They have retained the tiny blue cells door for each rooms, giving you that authentic experience until you’re released.