You can't help the fact within the toy world there  are what are seen as boys toys and girls toys. It has to be said that as a tom boy it was never really an issue for me . I got tutted at of course I did and that comments made at me like shouldn't I be playing with dolls.


"Well no actually" I loved my toy cars, my swords my cap guns and of course my Lego which is pretty much in its basic state genderless. Remembering a conversation I had  with my cousin over the Christmas holidays he was sad that you could no longer go into a shop and buy say a box of Lego roof tiles or a general mixed box.


I still have my Lego from my child hood yes its the Wild West towns and space centres and fire engines!


And whilst today's society is obviously more awake to commercial brand names ,nowadays much to the delight of the these companies!

That said there will always be a divide of girls and boys toys that's just life and  without debate the world would be a pretty boring place. From my experience  from being a tom boy I  was tutted at but not to the degree perhaps some boys are if they play with girls toys. I will put my hand up and say


1. My son played with a tea set that he carried every where.


2. He carried a shopping basket round with him as well.

3. He had tried his hand at ballet.

4. He had a toy vacuum which was in fact a (toy lawn mower) because at the time my husband had a issue about him playing with a toy vacuum but my son treated it as his toy vacuum or as we called it then the ' Whooh  Whooh '

He was and still is a sensitive child  and the below information is from a previous blog post that explains why. Children do what they want for a reason and it should not be stopped unless it is obviously dangerous or their behaviour is cause for concern in some way.

As he grew then there was the sudden tiredness and falling asleep anywhere ( asthma ) the allergy to food colourings. The inability to leave my side, his allergy to cats ( we had to get rid of our cat)s. yes J was one nervous child constant trips to the hospital seeing various medical professionals. 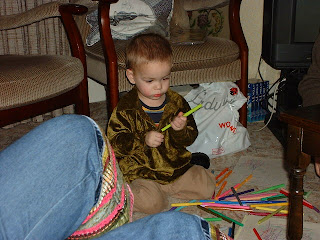 Progress was slow but really came into its own on a holiday to Center Parcs in March 2002 when he was three and a half We were on our bikes and J was in a child seat behind me, a squirrel ran in front of me and J said " Bloody Squirrel" and J repeated this all day. 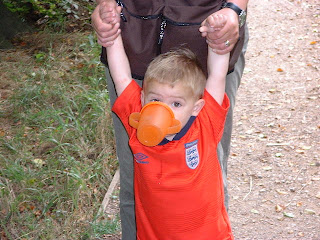 So that's why I love arguing with him he has developed into a heartfelt young boy who knows his own mind and is making his own way in the world. He is an academic high flyer play rugby for our County , top sport mans for the school. Plays a musical instrument he is an all rounder. What more could I ask for than an argument about his sock draw...?

So each to their own I was happy for my son to play with girls toys  or those associated with girls it served a purpose and did him no harm. Everyone has a choice in how to raise their child and no one should dictate or judge anyone.