They say when you are blogging stay close to you  niche and write what is true to your heart and I really hope that I do that and that comes across to you all. I never went the traditional route of many when it came to University and instead did a Heritage Conversation Course at Nottingham University.

You see fate was against me when it came to my early years of study with waring parents through my GCSE's years so really not the best of starts. I remember coming out the house one say because my  Mathematics equipment had been smashed on the floor by one waring parent or the other. I had to go round to a school friends house and beg to borrow their maths equipment I am not very good at Mathematics to begin with and it is indeed a chink in my armour.

Another time again before leaving for an exam my parents exploded again in meteoric fashion think Krakatoa and you are haf way there. It was before a History exam my favourite subject that I was passionate about, if I could have been Indiana Jones or that chappy seeking out the Mummy oh yes Howard Carter then I would have been.

My mind was shot to pieces as was the situation always when my parents kicked off and I went into that exam a wreck and when I came out and discussed the situation with my friends I discovered I has completely written in the wrong section. So I had to go to the doctors and get an exam off to the exam board detailing that I was suffering from stress. Luckily I did pass this GCSE with flying colours in the end but it was a worry.

Oh dear readers it wasn't me it was over my black and white cat Boots that used to knock at the letter box to come in.


Then as the years galloped by with Father Time tapping his watch at me I took a course with Nottingham University in Heritage Conservation think Restoration Man and you half way there, though I fear you are now swooning as you think about the presenter... snap out of it...!

I passed that again with no problems but theres where my educational journey stalled and whilst I have a qualification that is the same as the best year of a degree I had a nagging feeling there was something missing.

So I have signed up with Open University to study an Early Years Foundation degree!

So whilst I had a rough start and it taken me forty years to get here and Father Time has now gone digital its never to late to follow your heart to achieve your dreams. 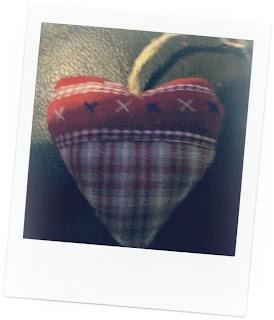