Pets do you own them or do they own you ?

Pets do you own them or do they own you , that's always been the question. Pets undoubtedly distress you when the other day I had a some what torrid day that was nothing better that seeking the affection and solace of my cat. Admittedly Rollie the prissy, stuck up, aloof Silver Tabby has other ideas half the time. He had been sulking in the garden  for 2 days after I dangled his fur,I removed enough car fur to stuff a mattress. 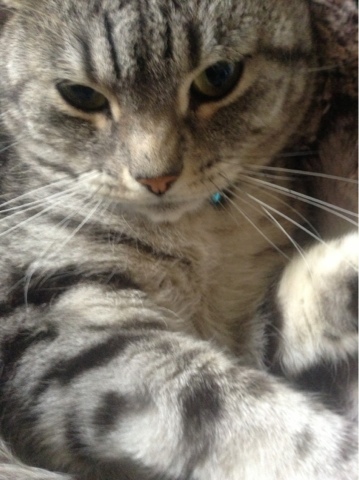 I've had cats since I was 12 I've never fancied owning a dog despite requests from my husband and son looking at breeds that would fit through the cat flap. I've had muderous hamsters and once look after my Sister in Law's rabbit who was very much Jack Nickcolson in 'The Shining' and you aren't far wrong.


I thought about a rabbit once but shook this idea off after that "Rabbit " incident I was looking after my Sister in Laws (as she was on holiday) rabbit it looked sweet, had floppy ears and nibbled happily on a carrot. Whilst topping up its water and food I noticed it giving me a look , a look of love , a look that whispered pick me up and cuddle me. So I picked up the rabbit which was the size of a Shetland pony and gave it a cuddle " awwwh" it gazed into my eyes longingly it seemed to want to go for a little hope around.


So I took it into the house and let it have a little hop around ... it was like a scene from Snow white except it didn't help with the housework. Then I thought I best get the rabbit back into its hutch before my then boyfriend ( now husband ) came home. I thought it would be as easy as it was before and I would just scope the rabbit up in my arms and happily deposit it back it in its hutch.


I approached the bunny with open arms , it stopped looked and I swear it snarled .. brushing this notion off . I Went to pick it up it stopped again.. snarled and hopped for it little life.  I couldn't catch it .. even with the help of Elmer Fudd,  so in the end I found a laundry basket and step a trap for it. All this was done of course without hurting the rabbit... So now I had a laundry basket that was merrily moving round the living room in a quite eerie fashion.


So he came home and did the caveman bit and put the rabbit back in the hutch! he wasn't best pleased. Needless to say when we did we get married we didn't get rabbits ... we had cats instead !

And my Sister in Law is just getting a new puppy so is busy sorting out all  his particulars such as pet insurance, vets etc and I don't think I will be dog sitting do you ! Some more inlays have Guinea pigs and they are name Ronald and Harry alas they are not wizards but are muggle pets.

And yes I've owned fish as well they mildly psychotic as well, i don't think they were taking on traits on the owner now. 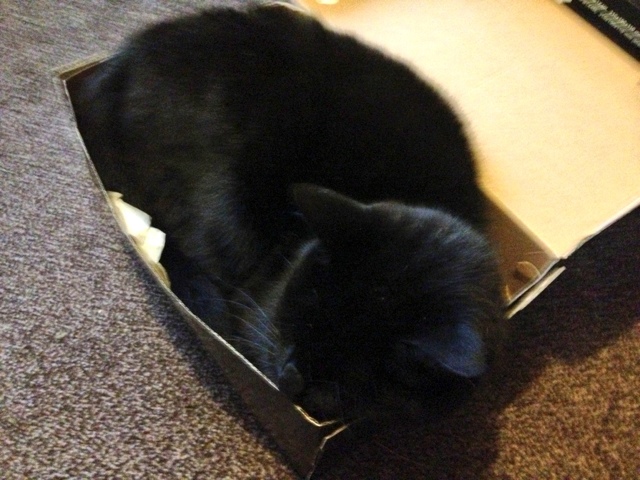