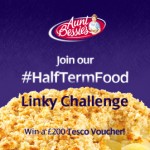 Half term that period of time when you do battle with the evil that is the fridge monster it runs down the stairs reaches it grubby paws into the fridge and snatches "goodies" that retreats back to it lair. Any interaction with the fridge monster is dangerous and you do so at your peril. Show them a carrot and they sniff it feverishly and thow it back into the vegetable/salad draw where a lonely cherry tomato is speared .. RIP Mr Cherry Tomato.


Now we are a busy  hectic household so meal planning is necessary for us both because of budget constraints and the other because of time. Now my meal planning recently has been helped by Aunt Bessies though I do need Aunt Bessie to help me with my lack of direction and organising whilst taking a train. *insert Twilight music *

Picture the scene I was at St Pancras station obviously there to catch a train , whilst I noticed two girls who were in all seriousness looking for platform 9 3/4 from Harry Potter . They asked a guard who looked bemused and pointed them in the direction of the correction station which is Kings Cross. "Tssk" how can anyone be so so silly I checked the board to make sure I got on the correct train it said Platform 2 so off I toddled and got on the train I sat there and thought this is a bit quiet but I was early so no problems. Big thumbs up for me .. then I noticed a guard making hand signals and gestures at me. I waved back he made more gestures at me .. I waved again. then he slowed down the gestures :

Pointing at me: translated as OI you get off that Bl**dy train.

Finger extended while the others were in a fist: translated As move NOW!

Hand moving up and down in a jumping motion: Translated as jump off the train.

So I moved off the train in a dignified fashion the guard met me .

"Oh was I on the wrong train?"

After I explain what train I was aiming for he pointed at the correct train .. last I saw off him was being buried under a group of snap happy Japanese tourists.

This train journey fared better than the last one where I was sitting on the train and it separated and I ended up at the wrong station. One friend suggested I had a Paddington Bear style tag made as I have a habit of getting lost on public transport.

Anyway make to my meal planning:

So this is what my meal plan looks like for the week so far:
Monday: Chicken wrapped in bacon with Aunt Bessies Yorkshires and Aunt Bessies Carrot, Swede & Parsnip with a honey & thyme glaze.

Thursday:  Aunt Bessies home cook chicken casserole with our own sausagemeat stuffing. Though you can adapt this recipe I have managed to do so by adding honey and adding two packets of the stew in the slow cooking and adjusting the amount of water needed. You also add one tablespoon of honey during cooking. 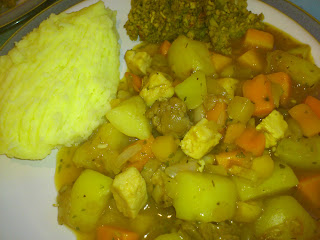 Friday: Saucy Sausage Pasta
Saturday: Frugal Corn Beef Hash
Sunday: Italian Rice with turkey
There will be other back up meals from  Aunt Bessies freezer to the cupboard as we are always having trot off to one of my sons many sporting commitments so a contingency plan is always needed. And in this family we are all partial to toad in the hole!

This post is an entry for the #halftermfood Linky on BritMums.