This week sees me step out of the countryside into the urban metropolis that is frequented by a curious sort of folk that are fuelled by Starbucks ( or any other coffee shop ) it's not a taxing task ...

As mentioned previously my plans were scuppered at the very last minute slightly frustrating but these these things happen. If this sort of thing was to happen more often though then I would be more hacked off.

When you go to London you adapt and survive some people obviously are so, so busy they jostle, pull and push. Sometimes the mentality of the tube spills out onto the street , though not scientifically proven it may be those in need of a caffeine fix with a Broiche on the side.

But such is the Mocha Choca Latte of life .. I met my second cousin in London and spent a pleasant afternoon mooching around Convent Garden , London Transport museum, National Portrait Gallery. Where I saw lots and lots of famous painting that infamous bunch if sunflowers and Constable Haywain the people on it were waiting on A.A .


I entered up in a coffee shop , drinking tea accompanied by a pidgeon that was bobbing its head.

If a pigeon stops bobbing it head would it fall over ?


So now I am on the train back to London drinking tea .. 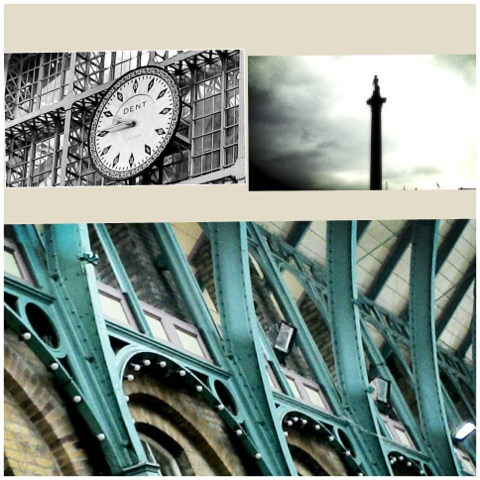