Today was an inset today and I needed to  relax, rest and unwind still after an arduous week emotions can take you prisoner if you let them and people can and will take what you say out of context  . THE ANSWER ( sorry bit shouty  there ) the answer is cake . I took the bus into town where I went to Costa to use a gift card I had won and had a healthy sandwich and a latte and watched the world go by.

I had tried earlier in the week to use my Costa gift card at the local cinema where obviously there is a Costa only to be told it was a franchise Costa and not a real Costa Coffee. SO  they had Costa uniforms, sold Costa Coffee and had humongous signs that said "Costa Coffee" ... Oh well.

I mooched around town dipping into the charity shops as I do I was just beaten to some antique type scales by a Norwegian lady ... darn. But I managed to pick up an old style mincer the type that "Grandma" used to have and reminiscent of the times I remember when she was making Cornish pasties though if you wanted her to make you some ( you had to buy your own mince ) she was a mad as a box of frogs mind . 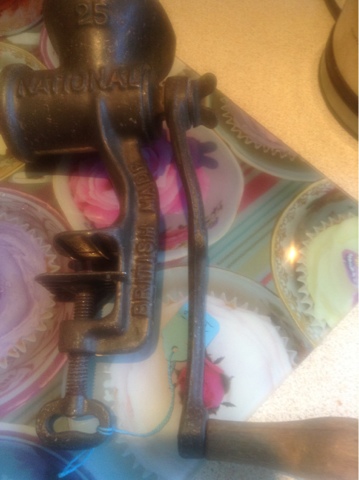 I then after buying some glass chopping boards(cupcake designs) which were half price at £4.99 from the local posh store Bennett's think Grace Brothers from "Are you being served?" and you are not half wrong. I then went for a cup of tea and cake at the Cathedral tea room that serve their tea is real bone china and again a slice of cake and pot of tea will set you back around £4.30. 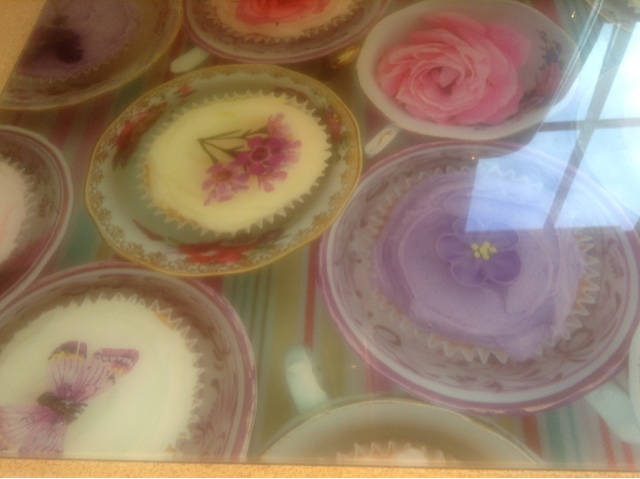 Thinking I hadn't got anything in for tea I headed for good old M & S or as my mum used to call it Marks and Sparkles. The £10 meal deal was on and I picked chicken breast , potato croquettes and some millionaire desserts, also a Strawberry cake that had 25 % off just happen to leapt into my basket!

With the meal deal comes a choice of wine either alcoholic or non alcoholic but there was only a angry looking red on the rack ( one of the four horsemen of the apocalypse of bad  wines) I spotted another customer stalking an M & S employee who was after a better bottle of plonk ( for the want of a better phrase) So I joined in the stalking the M & S employee who was called John 20 minutes later after John had gone through the good wine selection I came away with a nice peachy number by that I mean a bottle of wine and not the M & S employee. I said that a cakes had happen to fall into my basket to which he said" There is always a need for cake" 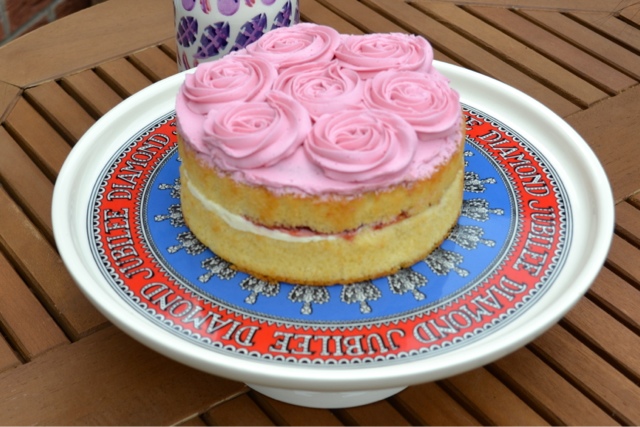