What I love about being a mother

What do I love about being a mum or Mummy, mmm tough one, I could go a sugary sentimental journey but that's just not me. So what I love the most perhaps the up-most, is arguing with my son. A puzzling choice , not a knee jerk reaction of a mother? Read on, then you will see why I love my son. After all, every good story has a truly heart felt conclusion doesn't it? 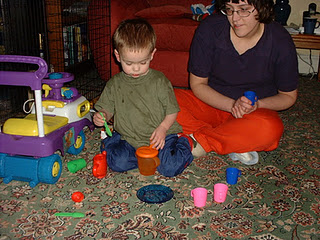 Well, when J was born he  was a normal baby until all the problems started happening, the constant eczema which is inherited. The sudden coughing fits and gastric problems. the fussy eating, the projectile vomiting.

As he grew then there was the sudden tiredness and falling asleep anywhere ( asthma ) the allergy to food colourings. The inability to leave my side, his allergy to cats ( we had to get rid of our cat). yes J was one nervous child constant trips to the hospital seeing various medical professionals. 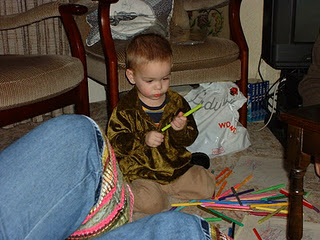 Then more problems came when there was the problem with him being slightly sugar slow and then the bouts of anaemia. Whilst I appreciate these problems aren't as severe as many people experience with their child, it was still heartbreaking for me. Throughout this I had noticed  that J was not communicating , but he had passed his baby hearing test. Hardly rocket science when he took it.

J was born in September 1998 and looking at an entry from his health book dated June 2000 that he has made little progress with his speech. The silly health visitor said his comprehension appeared good, well it wasn't I assure you. The to-ing and fro-ing continued with the health visitors still ignoring me. This continued until around October 2001 when J still wasn't really speaking. Eventually after basically a sit in protest at the doctors we got a referral to the hospital where he was diagnosed with Glue ear. He had his operation to have grommets inserted after the usual long weight for an the operation.

Progress was slow but really came into its own on a holiday to Center Parcs in March 2022 when he was three and a half We were on our bikes and J was in a child seat behind me, a squirrel ran in front of me and J said " Bloody Squirrel" and j repeated this all day.

J had been learning sign language at nursery and and a least now there was a focus on his language skills , of course this had now developed. He was a slow learner at Infant School because of his previous problems, nervous and clingy. We had  problems with parties etc he still wouldn't leave my side till he was nearly seven. I just plonked him into Beavers one day and ran , same with football. Cruel but kind and as a result he developed.

So that's why I love arguing with him he has developed into a heartfelt young boy who knows his own mind and is making his own way in the world. He is an academic high flyer, plays rugby for our County, top sport man for the school. Plays a musical instrument, he is an all rounder. What more could I ask for than an argument about his sock draw...?