Niceness It's The New Epidemic 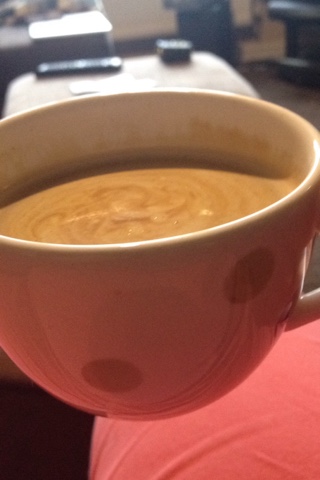 Being as nice as pie.

I'm talking about  just being nice and such was the news report I saw on T.V the other day where someone shamelessly fat shamed a man who was dancing. His story went viral and he went to America where he had some amazing experiences.

Every day simplicities can and do involve niceness take what I did the other day , when walking home I saw a school cardigan I checked the label and I recognised the name written on the label . I knew where they lived I knocked on the door no one was in so I posted it through the letter box. Not much in the scheme of things simple you might say but nice , these are the small and nice gestures that make the world go around and tick over smoothly.

Yesterday  I held the door open for someone but they didn't say thank you !. Tonight saw we going to get a shed load of sausages for rugby ! After we cleared Sainburys of all their sausage rolls I went into home base to get some paint for my ensuite . This is because I had to have my toilet replaced then the nasty carpet was cut into ... Any way when we were queueing up to pay for the paint another till became available so we moved to that . Trouble was that the lady in front of us made such a hullabaloo, we just said " no you go " to which she did . When she came to pay she couldn't find her payment card  despite rooting around for it and swearing blind she has had it . So she paid cash now if this was me not having my debit card the world would be ending and everyone would know it.

Then my husband spied a card on the till surface where she has previously been standing, so I went over and saw that the huffy puffy lady had left her card behind. I saw the card picked it up but the lady had left the store so I legged it out whereupon I found her loading her car and gave her card back to her. She thanked me but was not wildly enthusiastic , I'm now saying you have to grade niceness but after I have sprinted quicker than an asthmatic I would like a smile at least with my thank you.

Today the niceness was that very British of joining a queue that wasn't a queue behind some people then said people realising that there was a stream of people behind them . Then the the "oh we're not in the queue sorry " to which everyone replies " that's ok no worries " all this takes time no one cares we're all being nice .

Niceness it's the new endemic you know.

Niceness doesn't dictate you should comment on this either ... ;-)